On Ethics and rational moral codes 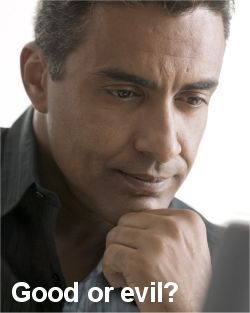 People have been deciding what is good and what is evil for thousands of years. How do we do this? How do we know that a certain behavior is right, while another is completely wrong?

Goodness springs from the human intellect. Human beings create and implement Goodness, and we do it for good reason. By understanding this simple fact of life, we are able to understand the power of Goodness and bring that power into our own lives.

Let's start with several definitions so that we are on the same page. What is ethics? According to the dictionary, ethics is:

"that branch of philosophy dealing with values relating to human conduct, with respect to the rightness and wrongness of certain actions and to the goodness and badness of the motives and ends of such actions."

What is morality? According to the dictionary:

"of, pertaining to, or concerned with the principles or rules of right conduct or the distinction between right and wrong."

What is good? Let's look at how human beings can determine for themselves what is good and what is evil.

Why is murder evil? 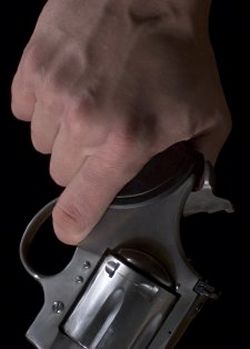 It is very easy to demonstrate to yourself where Goodness comes from, why humans create it, and why humans abhor all things evil. We can start the demonstration with a question that everyone understands: Is murder good or evil? Simply answer the question using your own intelligence and common sense. Murder: right or wrong?

Ask 100 people, "Do you want to be murdered?" 100 people will all say, "No." Why? Because a person cannot "exist" to answer the question unless he or she is "alive," so obviously he or she does not want to be "dead" through the actions of a murderer. Without life, we do not exist to contemplate ethics and morality.

If everyone on the planet were running around murdering each other, humanity could not exist. If murder was a universal tendency among humans, there would be just one human - the last man standing. When that man died, humanity would cease to exist. It's as simple as that.

Another thing - look at the definition of "evil" above. Murder falls into the category of "anything causing injury or harm". Murder is the ultimate injury because it causes death. And for anyone who knows the murdered person, the murder will cause injury and harm as well in the form of deep grief, loss of friendship, etc. If a family depends on the income of a murdered husband, that family becomes homeless. The children lose their father and become fatherless. And so on. Murder is a nasty business.

As you can see, each one of us easily understands that we do not want to be murdered and that murder causes harm. The next step is extrapolation. We extrapolate our own personal understanding to everyone else. We realize that what we understand in our own minds is universal: No one anywhere wants to be murdered. That is also obvious. It does not take a genius to figure out that no normal, intelligent human being on the planet wants to be murdered. 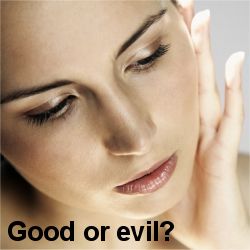 Therefore, murder is wrong. It is evil. Murder causes harm and suffering. Murder is something that is universally abhorred by all human beings.

Here is another way to conceptualize the same idea. Ask yourself: Why shouldn't I be allowed to murder other people? Again, we can use extrapolation.

Imagine that a human being comes along who says, "yes, I want to be murdered." That person is suicidal. The person is mentally ill, and the rest of us who are not mentally ill can help him seek treatment. Or, in the worst case, if the person is able to kill himself, we are back to a state where no one wants to be murdered. Life is the most precious thing that each of us possesses, and we understand that. Without life, we do not exist.

Through the extrapolation process, we realize something else that is important: we are all in this together. By protecting your right to live your life free from the threat of murder, I protect myself as well. By working together to prevent murder for everyone, we each improve our own individual lives. So we can draw a conclusion that everyone can agree on: Murder is wrong and it is evil. "Human beings are not allowed to murder other human beings" is the ethical principle that we create to project this universal truth. We enforce this universal truth with the laws, police departments and courts that we have created to protect ourselves and each other.

As intelligent human beings, we can also understand that there are valid exceptions to the rule. With our intelligence, we can see situations involving a "higher good" and reason it out. For example:

Humans can use their intelligence to make distinctions like these and reason out the consequences and ethics of the situation.

The prohibition on murder is an obvious and straightforward concept. It is easy to create laws that make murder illegal because we can all agree that it is a universal truth. We can also agree that there are valid exceptions to the rule in certain cases.

Why is stealing wrong?

What about stealing? It works in exactly the same way. You simply ask yourself, "Do I want to have my property stolen from me?" No, obviously not. Therefore, by extrapolation, you cannot steal from other people because they don't want to be stolen from either. So stealing is wrong.

We also understand that theft can result in murder. If I can steal your food, I can cause you to starve to death, which is murder. Starvation also is a direct way of causing suffering and harm.

Therefore we conclude that stealing is wrong and evil. "Human beings are not allowed to steal from other human beings" is the ethical principle that we create to project this universal truth. We enforce this universal truth with the laws, police departments and courts that we have created to protect ourselves and each other.

Why is slavery wrong?

Even when a government, authority figure or a religious text tells us that an evil act is OK, we can reason things out objectively and determine that it is evil. We can decide with moral authority that something is wrong. For example, let us imagine that slavery were legal in the United States today, as it once was. As normal, intelligent human beings, we can determine for ourselves that slavery is evil.

Any human being can understand that slavery is a moral abomination:

In the United States and all other developed nations, we have made slavery illegal because we know that slavery is wrong. When we see slavery in less developed countries, we work to eliminate it there as well. We do that so easily because human beings define Goodness using our intellect and our intelligence.

It is very easy for us to apply our intelligence to other ethical questions. We can easily decide that:

You should be able to see the power of what is happening here. By using our own intellect, we can determine for ourselves what is good and what is evil. And we can understand that all normal, intelligent people will necessarily come to the same conclusions. In other words, it is possible for us to divine universal truths in the moral and ethical space for ourselves.

This is the same process that allows groups of people living together to create laws that are designed to promote the general welfare and to secure the blessings of liberty to ourselves and our posterity. We collectively establish a set of laws that we all agree to live by. Human beings universally develop laws like these:

Why are these concepts important? Because they allow good people to live their lives in peace and happiness, free from harm and suffering caused by other human beings. When evil people who kill, enslave, steal, destroy, lie, cheat, etc. move into a society, they ruin it for everyone else. Therefore evil people should be eliminated so the rest of us can enjoy our precious time on this planet. The way we handle evil people today is with jails, prison and rehabilitation.

All members of DecidingToBeBetter are focused on moral and ethical behavior at all times. We are focused on Goodness, and good works. Our goal is to become the best human beings we can possibly be, and we work on improvement throughout our lives.